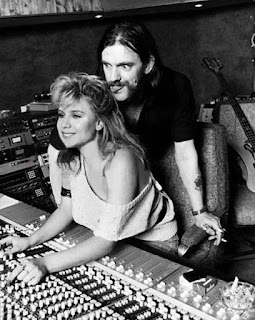 'Lemme your ears' would have been a nobler source for your nickname,
Referencing the Bard rather than something fiscally sa(r)d,
Which I am given to understand that it does.

Anyway, they say that you bedded over 2,000 groupies,
Perhaps omitting the word 'unsatisfied',
Given your predilection for Jack Daniels.
Also that you did not suffer fools gladly,
Unless, presumably, they were groupies
Or drug dealers.

'The Ace Of Spades' is to Black Sabbath as 'Paranoid' is to Motorhead,
Eg basically the same,
But slightly different.
You wrote others but to be honest I could never get passed that one.
I opted for Johnny Cash and Alice Cooper instead.

"You win some, you lose some" was a wry lyric given your famous predilection for slot machines,
Only, I wonder whether your unsatisfying pumping of the slots was in some pathetic way a metaphor for your approach to relationships.

Famously, you also had warts, cowboy boots and diggers,
Presumably the second, steel toe-capped, for kicking the liggers,
For your toleration of 'suits' was notoriously short,
Unless, of course, they had something to snort.
Or some Nazi memorabilia.

Lemmy, or rather Ian Fraser Kilmister, as your family briefly knew you,
You leave behind a somewhat sexist legacy of hedonistic excess,
10,000 empty whisky bottles, how few were ever recycled?
To say nothing of a battered liver ill-fit for transplantation.
But for me the one tangible gift you have given the world is 'Silver Machine',
Which I have always had a soft spot for,
In spite of your gravelly sleaze and your vaguely threatening fairground-worker manners.

Posted by Christopher Richard Barker at 15:47 No comments: 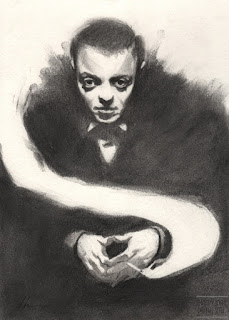 For those jaded folk who have grown weary of the less-than-subtle thrills in most contemporary horror films, you can listen to 31 great 'Old Time Radio' ghost stories at the Nitrate Diva blog instead.


Posted by Christopher Richard Barker at 14:39 No comments: